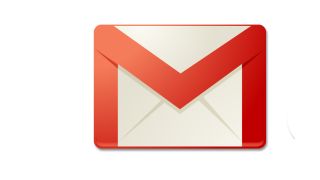 Google's in ur inbox, reAdin ur emailz

An ongoing court case in the US has seen Google come under fire for 'reading' emails sent to Gmail users.

The Google-penned motion to dismiss is part of Google's defence in a case where it is accused of violating legal privacy laws by serving ads based on the content of emails sent to Gmail correspondents.

"Indeed, 'a person has no legitimate expectation of privacy in information he voluntarily turns over to third parties.'"

Crucially, the 'no legitimate expectation of privacy' quote comes from a 1979 case where the courts ruled that, in the US at least, you give up your expectation of privacy once you turn your communiques over to a third party - in the 1979 case, it was a telephone re-routing service, in this case it is Google.

Google argues that "non-Gmail users who send emails to Gmail recipients must expect that
their emails will be subjected to Google's normal processes" which means that its servers will schill any emails for key phrases to serve ads against.

That's nothing new. That is how Gmail works. That is why when your mum emails asking which of two paint colours she should get, you suddenly start getting ads for DIY equipment. It's why when Ticketmaster emails you its newsletter, you start seeing ads for will.i.am concerts you will never attend.

Crucially, Gmail users have nothing to complain about here - they have agreed to Google's terms and conditions when signing up to the service.

It's the people emailing Gmail users who may be disconcerted by the seeming fact that no email they send to their Gmail-using pals is ever truly private, despite the fact that it is machines crawling the emails, not people.