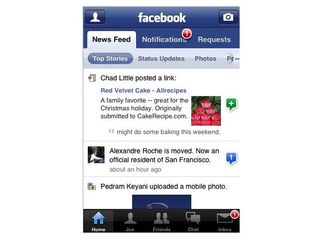 Facebook is set to be worth over $1 billion a year

Facebook is set to be worth over $1 billion a year (£666.4 million), according to new figures that estimate projected revenue for the social networking site.

Facebook is set to break the billion dollars of revenue mark by the end of 2010, according to Inside Facebook's new figures.

Facebook has over 400 million users, many of whom spend an inordinate amount of time poking their online mates and tending to their virtual farms.

Inside Facebook says that the fastest growing part of the company's market is "performance advertising" – whereby companies use ads in Facebook to drive the use of their own games and apps such as the incredibly popular casual game FarmVille.