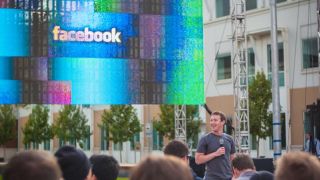 Facebook is reportedly working on its own virtual assistant project that will work via Messenger.

The virtual assistant, which is apparently internally named 'Moneypenny' (yes, from the James Bond films), will be powered by humans, unlike virtual assistants like Microsoft's Cortana, Apple's Siri and Amazon's Alexa, according to The Information, .

It's not been made clear exactly what kind of features Moneypenny will have, but it's said it will allow users "to ask real people for help researching and ordering products and services, among other tasks."

The report cites three sources briefed about Moneypenny, and they say that the new feature is being tested internally by employees. The whole thing is said to work via Facebook's Messenger app.

This is another rumor to spring up recently surrounding new projects that Facebook may be working on. With no confirmations or announcements, we'll just have to wait and see if Moneypenny will end up being a real human-powered virtual assistant that Facebook releases.