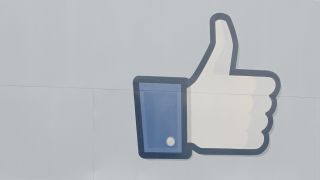 We've gotta say we're a little fed up of tech companies constantly suing each other, so its nice to see two of the biggest resolve their differences amicably.

Yahoo and Facebook have decided to put their long running disputes to bed and have agreed to work more closely together in the future.

The ailing search company had alleged that Facebook was infringing on its advertising patents, while Facebook soon issued a countersuit alleging Yahoo preferred "litigation over innovation."

Now the companies have agreed to cross-license the relevant patent portfolios and expand their existing promotional agreements during major events. Facebook users will still be able to share Yahoo content.

Facebook now says its looking forward to working with Yahoo in the future and the interim CEO Ross Levinson, who recently took over disgraced former boss Scott Thompson.

"I'm pleased that we were able to resolve this in a positive manner and look forward to partnering closely with Ross and the leadership at Yahoo," said Sheryl Sandberg, Facebook's Chief Operating Officer.

Lets hope some of the other tech companies boring us with their endless court battles can take a note from these two. Yes, Apple and Samsung, we're looking at you.