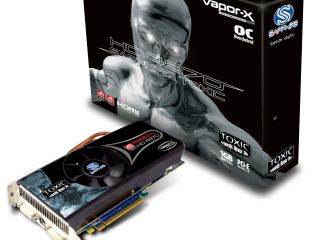 Overclocked out of the box, Sapphire's HD4870 Toxic boasts a whole 1GB of GDDR5 memory clocked at 100MHz and a GPU core clocked at 780MHz.

The graphics card supports AMD CrossfireX technology and can be daisy-chained via two high speed connectors.

Like others in the HD 4400 range the card features ATI Avivo technology, and features a second generation Unified Video Decoder for hardware accelerated decoding of Blu-ray and the now largely defunct HD DVD.

Don't expect the card to come cheap, however, with the 512MB version at the £200 mark and this one likely to come in at a far higher price point.