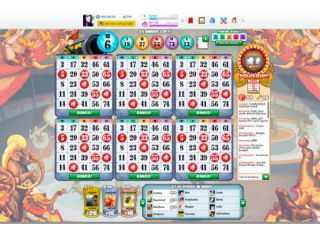 Zynga's not just FarmVille – it does Bingo too

Zynga, creator of the addictive FarmVille and Words With Friends games has released its Q4 earnings report showing huge growth, but also a net loss.

Revenue figures for the entire year were even more impressive, showing a whopping 90.8 percent increase from 2010 to 2011 of $1.14 billion.

However despite this, the company posted a net loss which it attributed to expenses involved in the company's IPO and investment in new game development.

Not that it's a cause for concern, as monthly active users hit the 240 million mark, up 23 percent from last year, and "monthly unique payers" climbed to 2.9 million.

It was recently discovered that Zynga is worth $445 million to Facebook which earns a cut of the Facebook credits used to buy items in games like Farmville.

Zynga is understandably optimistic about 2012, predicting yet more growth, although weighted towards the second half of the year.