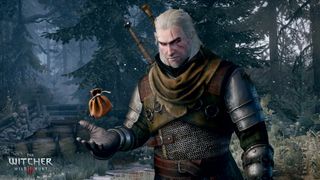 It's a good day to have pre-ordered a 1TB PS4/Xbox as it's been confirmed that the two new bits of Witcher 3 DLC will cumulatively take up almost as much hard drive space as the entirety of The Witcher 2.

There have already been 16 free bits of DLC launched for the acclaimed game. Together, the two new bits of content will add up to 30 hours of additional gameplay.

We can see Sony and Microsoft rubbing their hands with glee now, before they draw their swords on each other again.