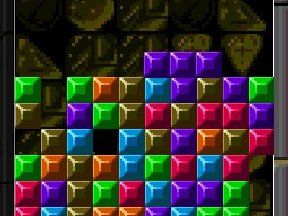 A report from the BBC has suggested that playing puzzle games like Tetris is good for your mental health.

"We wanted to find a way to dampen down flashbacks - the raw sensory images of trauma that are over-represented in the memories of those with PTSD," Dr Emily Holmes told the BBC.

"Tetris may work by competing for the brain's resources for sensory information.

"We suggest it specifically interferes with the way sensory memories are laid down in the period after trauma and thus reduces the number of flashbacks that are experienced afterwards."

However, Dr Holmes adds that it is the way in which the way the brain processes the game play rather than the game itself that is most useful.

"We are not saying that people with PTSD should play Tetris but we do think it is hugely valuable to understand how the brain works and how it produces intrusive flashback memories.

"Because we cannot study the genesis of real flashback memories during real trauma we need to find other approaches and this sort of cognitive science can give us models to help us better understand emotional memory."