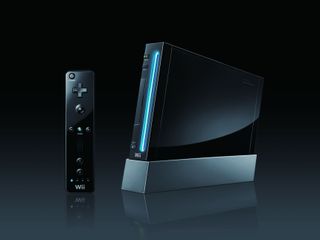 Nintendo is launching a limited edition black Wii games console in the UK for Christmas 2009, prompting the Spinal Tap-inspired question in the office: "It's like, how much more black could this be?"

The answer of course, being none. None more black.

If you are still in the market for a Wii this Christmas, then the black Wii launches in the UK and Ireland on November 6, with a recommended retail price of £179.99 including bundled copies of Wii Sports Resort and the original Wii Sports, plus a (black) Wii Remote, Wii MotionPlus and Nunchuk controller.

Nintendo's UK product manager for Wii, Rob Lowe told MCV: "Nintendo has always taken the European market seriously and this isn't the first time a product has launched in the UK or Europe before the US.

"We are keen to launch the black Wii in time for the Christmas sales season and this starts slightly earlier in the UK and Republic of Ireland [than elsewhere]."