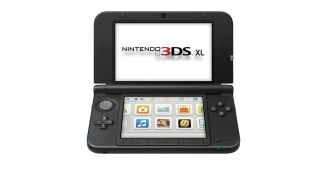 Nintendo confirms 3DS sales in the US, Europe pale compared to Japan

Nintendo president Satoru Iwata has finally told shareholders what we already know: Sales of the company's handheld 3DS gaming system are stumbling in the U.S. and Europe.

Thankfully for Nintendo, the situation back home in Japan is much better.

While speaking with shareholders during Nintendo's AGM this week, Iwata stated that "momentum in the U.S. and Europe is currently weak," according to one report.

Nintendo may hold a 55 percent share of all gaming hardware sales in Japan, but throughout the United States and Europe that number is a mere 20 percent -- and slipping.

Of course, Iwata isn't going to take this grim news lying down, and already has plans for increasing interest in the 3DS this summer.

"With the Nintendo 3DS XL I just spoke about and our key titles, such as New Super Mario Bros. 2, to be released globally this summer, one of our immediate top-priority missions is to create sales momentum," the Nintendo president said.

Could one title help kickstart 3DS sales in the West and get them closer to the 83,000 units the company is moving in Japan each week?