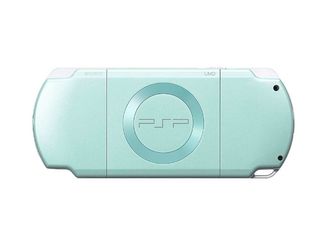 Navy engineers are using these instead of textbooks

To the tales of fighter pilots training on PC flight simulators we can now add the one about the boatload of sailors learning the ropes through a Sony PSP.

The story comes from the UK's Royal Navy, which has just invested £50,000 in 230 PlayStation Portable handhelds to help marine engineers prepare for exams.

As you'd expect, the PSPs come with custom software explaining aspects of the work under scrutiny, with both video and audio explanations for the hard of reading.

The scheme, which was cooked up by the maritime warfare school at HMS Collingwood in Hampshire, will be expanded if it proves successful.

Just get on with it

However, it has had at least one somewhat sniffy review from the Navy brass.

Commander Trevor Price said: "We are working on the premise that looking at a book is now seen as dull and boring. When I was at school you sat at your desk and you did your work and that was it." That's them told.