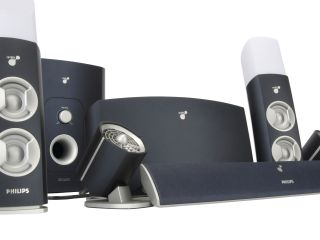 Philips' amBX technology project was spun off into an independent company late in 2008, with the company's new MD explaining how the lighting and fan peripherals for gaming are set to arrive in your living rooms very soon.

We've not heard much on the plans for the future of amBX tech since Philips' labs sold the company last year, but the latest promise of new immersive gaming technology to enhance our console experience in the lounge has certainly piqued our interest.

amBX CEO Neil MacDonald explains why he took on the project from Philips, telling GamesIndustry.biz that he and his team (now totally independent from Philips) have "demonstrated to the [games] industry that we're totally committed to taking amBX to games in a way that the industry really can benefit."

The amBX CEO is also keen to turn our whole houses into games machines – though admittedly adding that this is still "a few years away, but we know we've got the capabilities in amBX, the technology and a way it can be used that will deliver that."

MacDonald is keen to see amBX developed for consoles, building on the work already done in the PC space.

"We are already licensed for PlayStation, and we've embarked on that process with Xbox. It's all with a view to having – hopefully – consumer products moving into the market at the end of 2010, early 2011, that are amBX, to enhance the whole console experience."

In addition to improving your gaming experience, the company also hopes to introduce amBX tech that gives you a better movie and TV viewing experience.

Interestingly, as well as working with gaming peripherals specialists Mad Catz, amBX is working with rumble-controller tech specialists Immersion Inc on "a joint development kit, which also uses Immersion effects – so again, it's a commitment to making this easier and better for the industry to adopt so that developers and publishers see a real benefit from it."

TechRadar will be sure to bring you more on amBX tech developments in the coming months.