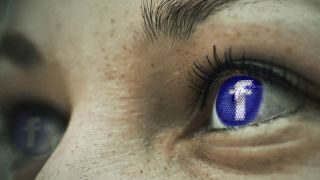 In an effort to obtain even more user data, Facebook has secretly been paying users to install a “Facebook Research” VPN that tracks and records all of their phone and web activity.

A similar app from the company called Onavo Protect was banned by Apple in June and removed from its App Store in August.

Despite warnings from Apple, Facebook decided to bypass the App Store and continue to gather information on users through its Research app though this time the social network was found to be targeting the data of teenagers and young adults.

Since 2016, the company has paid users between ages 13 and 35 up to $20 per month (as well as referral fees) to sell their data and privacy by installing its now controversial app on iOS or Android. Facebook was able to skirt Apple's stringent review policies by deploying its VPN app through beta testing services Applause, BetaBound and uTest.

As a result of the controversy surrounding Onavo Protect, Facebook began to refer to its Research app as Project Atlas which it used to continue collecting user data in blatant disregard to Apple's policies.

The company used beta testing services to recruit teens to its cause though the social network's name was purposely left out. By agreeing to have data collected on the apps on their devices as well as their web history, users were given digital gift cards worth $20.

Apple has its own beta testing service called TestFlight which requires apps to be reviewed by the company and participation is limited to 10,000 people. Facebook decided to avoid Apple's service entirely to carry out its nefarious scheme.

The company's VPN app required users to provide root access to their device and once this was done, they had to keep the VPN running and sending data to the social network to get paid.

At a time when Facebook is still dealing with last year's Cambridge Analytica scandal, the last thing the company needs is even more negative exposure and being found out for stealthily harvesting data from teens could lead to even more users closing their accounts for good.