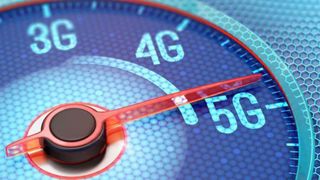 The telecoms giant utilized a technical specification made up of 8 component carriers (8CC) aggregating 800 MHz of millimeter wave spectrum to achieve delivery rates of 4.3Gbps to reach a new record for the fastest 5G speed to date.

However, the firm's test has real world implications as the commercial solution, which includes network and terminal support, will be available to 5G consumers later this year.

The capabilities of 5G were extended by a new combination of Ericsson Radio System solutions and 8CC software aggregating 800MHz of millimeter wave spectrum band.

The Swedish company's latest breakthrough is good news for enhanced mobile broadband use cases such as multiplayer gaming, AR gaming and rich video streaming. The higher downlink speeds reached in Ericsson's test will also expand opportunities for telecoms to bring fixed wireless access to consumers with cellular mmWave connectivity which is up to four times faster than fiber.

Head of product area networks at Ericsson, Per Narvinger put the 4.3Gbps 5G speeds reached in its latest test into context in a press release, saying:

“This is a fantastic achievement. To put 4.3Gbps in context, that is the equivalent of downloading one hour of ultra-high-definition, or 4K, content from a streaming service in just 14 seconds. Ericsson is taking the next steps in ensuring service providers can deliver the best capacity and data rates over millimeter wave 5G. The 8CC aggregation solution we have successfully tested will enable not only higher speeds but also large-scale 5G deployments and new business opportunities.”

While this year's Mobile World Congress (MWC) in Barcelona has been canceled, the record downlink speed on mmWave is Ericsson's latest in a series of industry firsts announced at the show including the 2Gbps data call at MWC 2018 and the 3Gbps LTE-5G dual connectivity speed showcased at MWC 2019.