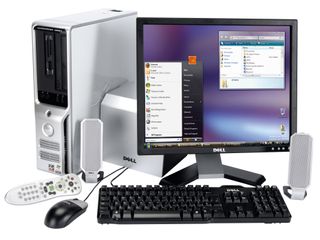 Does my bum look big with this monitor, Dave?

Researchers have discovered that voice recognition computers find it easier to understand women's voices rather than men's.

Step away from the pub, Dave

That is perhaps because they keep asking us all those tricksy questions, such as: "Have you been to the pub? Do you think my bum looks big in this?" And so on.

The Edinburgh uni researchers recorded phone calls and studied how much of conversation a computer voice recognition system understood. Variations in pitch, tone and speed cause the system to misunderstand voices.

The study was a collaboration between the University of Edinburgh and Stanford University in the US, and published in the journal Speech Communication.

Dr Sharon Goldwater, of Edinburgh University's School of Informatics, said: "Voices vary from one person to the next and it is challenging to design a computer system that can understand lots of different voices.

"We hope that by closely studying how people speak and how machines process this, we can help create better systems that will be simple and efficient for people to use."