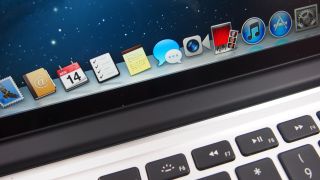 It's likely that Apple could announce a new Retina MacBook Air at WWDC 2014, but a source has come out of the woodwork to claim that we'll see some movement on the MacBook front before then.

Apparently Apple is preparing to update its 11-inch and 13-inch MacBook Airs next week, but the new models won't be rocking a brand new Retina screen.

Instead it sounds like there will be a few spec bumps but nothing else extraordinary, especially considering that Intel's Broadwell architecture isn't expected until later in the year.

The word comes from a so-called-reliable sources speaking to MacGeneration so it's completely unverified right now.

We're chasing this up at the moment but an Apple rep at one John Lewis store refused to comment on the matter.

If speculation is to be believed, Apple is preparing to launch an even thinner 12-inch Macbook Air with retina this year, and WWDC is looking like it'll be a good place to do so.

Via Cult of Mac