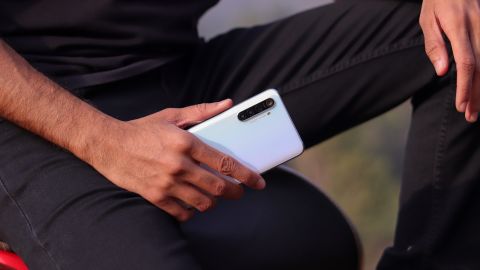 The Realme X2 is one of the easiest budget smartphones to recommend, because it does great in all aspects that matter, such as the performance, cameras, and battery life. Forgive the software skin, and you are sure not to regret your decision.

The much-awaited elder sibling of the Realme XT is finally here, bringing minor upgrades to an already excellent package. The Realme X2 comes just about three months after the XT but manages to bring sizeable updates at a marginal price increment.

Taking the Indian smartphone market into consideration, it’s not surprising that Realme brought a new version of its just-announced main mid-ranger of the year. We’ve seen Xiaomi, Vivo, and even Samsung follow similar shorter refresh cycles to stay relevant in the competitive budget segment. Having said that, quite a few aspects remain mostly identical to the Realme XT, and thus, we implore you to check out our Realme XT review for a deeper dive into the company’s most recent mid-rangers.

For the uninitiated, the Realme X2 was supposed to be called the Realme XT 730G, because it was quite literally a Realme XT powered by a Snapdragon 730G chipset. The other elements are classic Realme too, with a 64MP quad-camera setup, a 4,000mAh with VOOC fast charging, a big Super AMOLED display, and a rock bottom price tag.

The Snapdragon 730G is also a pretty special SoC. Announced less than a year ago, it is claimed to be just below the Snapdragon 845 in terms of raw performance, which was the flagship chipset just a year ago. It made its debut on the Xiaomi Redmi K20, which was initially priced at Rs 21,999 in India. The Realme X2 manages to bring to a significantly lower price point with no evident corners being cut.

The Realme X2 launched in India in December in three RAM-storage configurations — 4+64 GB, 6+128 GB and 8+128 GB, priced at Rs 16,999, Rs 18,999 and Rs 19,999 respectively. Colour options include Pearl Green, Pearl White, and Pearl Blue. It is already available for purchase from Realme’s website as well as Flipkart. Additional benefits are available for ICICI Bank cardholders and Reliance Jio users.

Realme’s design language has become pretty refined and standard over the last few generations. On the X2, we once again get a curved glass back with four cameras tucked along the corner, with all the ports on the bottom and the display with an in-display fingerprint scanner on the front.

It’s a pretty minimal and classy design that looks even more premium on this Pearl White variant. We don't usually get such a heavy glass sandwich construction in this price segment. We’re glad to see Realme bring this to all of its recent smartphones. It does, however, make it more challenging to differentiate them from each other; if you’ve seen one Realme, you’ve seen them all.

If anything, the camera bump could have been slightly more subtle against the rest of the body. Not to be worried about if you plan on using a case. The Realme X2 graciously comes with one in the box.

Better displays have only recently started trickling down to the budget segment, with the next wave expected to bring Super AMOLED panels and in-display fingerprint scanners. With the X2, Realme has brought the best display in this segment, with a 6.4-inch Super AMOLED panel with a Full HD+ resolution with a tiny notch and an under-display fingerprint scanner.

As expected from these specifications, this is an excellent display with fairly vivid colors, perfectly inky blacks, and adequate peak brightness. With a 2,400 X 1,080 px resolution, it's also pretty sharp for all use cases. We're not sure if this is very different from the Realme XT, but that wasn't a bad display to start with.

The fingerprint scanner works perfectly fine and rarely failed on us. The glass on top is also subtly curved for better ergonomics. There's Gorilla Glass 5 protection on top too, so small drops and scratches shouldn't be an issue.

Next Page Performance, software and battery