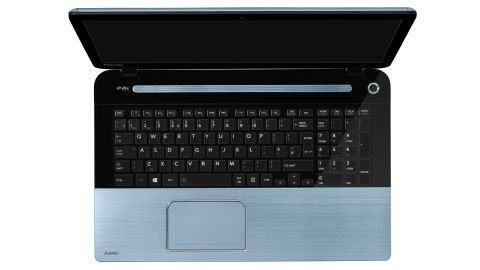 The desktop replacement we've been waiting for?

If your old desktop PC is showing its age, and you'd like to replace it with something that's more compact and convienant, then you should definitely consider the Toshiba Satellite S70A-11H.

It's a prediction so often repeated that it's become a cliché: traditional desktop PCs are dying, which is something Toshiba may be banking on with the Toshiba Satellite S70A-11H.

Though you can still buy traditional tower setups like the Wired2Fire Velocity Ultima, these are more geared towards gamers who need the most powerful components in a big case full of cooling options.

For day-to-day computing tasks, we're increasingly moving away from the desk and onto the sofa, with a laptop – or even a tablet like the iPad Air or the Microsoft Surface Pro 2. Of course whilst these laptops and tablets are convenient and portable, they can't quite match a desktop PC's power, or they aren't comfortable to work on for long periods of time.

Of course this comes at the expense of portability – in both the size of the laptops and their limited battery life due to the demanding components included in them – and their looks are a world away from the sleek ultrabooks such as the Samsung Series 5 Ultra Touch.

Because of this, and changing consumer tastes for anything thin and light, there's some merit to the idea that desktop replacement laptops are just as endangered as the PCs they're supposed to replace. But can the Toshiba Satellite S70A-11H buck this trend?