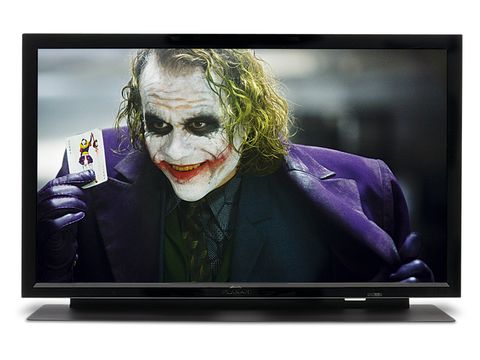 If you're looking to build a top-spec home cinema set around a mid-sized display and money is no object, this is what you should buy

Some truly fantastic pictures make this worth the intimidating price tag

The Planar PD370 is an LCD set of such impeccably reﬁned breeding and bearing that we felt obliged to invite it into our test facility despite its conspicuously lofty price tag.

And it eschews the notion of a TV tuner, while demanding an additional surround sound system for audio.

In short, it ruthlessly pursues video perfection. To this end, the PD370, despite its middling panel size, packs a full HD resolution of 1,920 x 1080 pixels, and drives absolutely every one of them to its fullest potential by a frighteningly powerful Genesis Cortez chipset that includes a variety of Faroudja image systems.

These comprise digital deinterlacing with 10-bit video processing (to smooth out jaggies along diagonals), Intellicomb adaptive comb ﬁltering to keep upscaling artefacts in check and TrueLife electronics to maximise ﬁne detail, improve edge deﬁnition and make sure hues and tones are blended properly.

But then again, its pictures were among the very best ever seen on a liquid crystal set. Fine detailing was little short of astonishing, with its treatment of decent HD material enough to make so many other LCDs look positively primitive.

Our ﬁrst run-through with a selection of 1080p material made our jaws drop, with the Planar polishing up all sources to a level beyond all but its most extravagantly talented rivals.

This was due in part to a striking lack of processing noise. It builds upon this advantage over just about every other LCD and has a featherlight touch with shadow detailing, ﬂawless scaling chops and an immaculate palette capable of encompassing every shade, nuance and variation in the visible spectrum, from blisteringly garish to marvellously subtle with everything in between.

So if you're looking to build a top-spec home cinema set around a mid-sized display and money is no object, this is what you should buy and we'd defy anyone to suggest anything better.

What the Planar PD370 doesn't offer, though, is enormous mainstream appeal, so it will just have to settle for an honourable, if rather rareﬁed, place among the other runners-up.