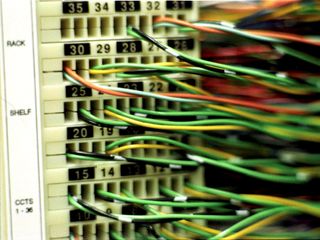 ISPs could have no choice but to censor us

Remember the kerfuffle over the Digital Economy Bill, now Act, where the Lib Dems made a lot of noise about how evil it was and the Tories said they'd fix it?

No sooner were they in power than their objections magically disappeared, leaving ISPs facing the prospect not just of becoming copyright cops but paying for the privilege. And that's not the only Coalition issue Net users should be concerned about.

Plans to monitor all our online activity are back on the agenda, and to top that the government wants ISPs to become censors too.

Censors? Communications minister Ed Vaizey reckons the Internet needs a mediation service for disputed web content, citing an example where Google Street View showed the location of a women's refuge and didn't respond to complaints. "The fact that no meeting or dialogue could take place worries me greatly," Vaizey said.

What worries me is that Vaizey's idea doesn't make sense.

If UK ISPs don't host it, they can't remove it.

Ah, but Vaizey has thought of that. He wants the Government to broker "a conversation with the Internet industry… to discuss whether there is any way to remove access to that information."

Rather than, say, reining in Google or telling Facebook to get a grip - something the European Commission thinks the UK doesn't do properly, which is why we're being taken to court by the Commission for failing to comply with EU privacy rules - the government wants our ISPs to start censoring.

We've been warning about this for years: getting ISPs to monitor content is a slippery slope, and as soon as you dump the carrier immunity argument - that is, the argument that ISPs provide dumb pipes and they're no more responsible for what we put through those pipes than BT is for what we say on the phone - then more and more people will demand they monitor more and more things.

Don't believe me? In 1999, ISPs became liable for users' defamatory postings after the Godfrey vs Demon court case. In 2002, the EU e-Commerce Directive made them liable for copyright infringement if they failed to act when informed of its presence on their servers.

Liked this? Then check out Google will be one node on a vast social web