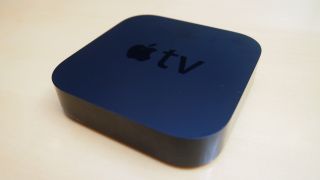 Apple's next set-top box could be twice as expensive as its current Apple TV, if not more. Fortune reports that while the next-gen Apple TV might have a price tag as high as $199, it could introduce some exciting features to help offset the cost.

We reported recently that the new Apple TV might include a new and improved remote capable of motion controls, a la Nintendo's Wii. It's also rumored that the revised set-top box will feature Siri support, a interface rehaul and, the feature everyone has been asking for, its own App Store.

Not just that, the announcement of Apple's latest TV box will likely coincide with the company's oft-delayed plans for streaming live television. For the last few months, we've been hearing whispers about Apple's struggle to streamline the process of securing the rights to broadcast local television programming. Assuming that it has all been settled, the Apple TV's killer app, and the monthly subscription price, could be introduced on September 9.

Apple will continue selling the current Apple TV model, according to 9to5Mac, but it isn't clear if it, as well as older models, will receive the refreshed interface.