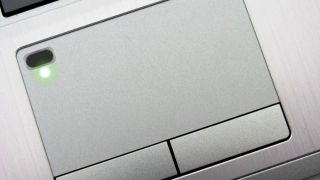 Windows 10 will support third-party devices that use the latest biometric authentication standards devised by the FIDO alliance.

Microsoft will support the latest biometric authentication methods as an alternative to passwords in Windows 10 in a move that will put a smile on the face of both enterprise customers and consumers alike.

The move means that Windows 10 will support the next version of the Fast Identification Online (FIDO) specification thus letting laptops and other devices running Windows 10 use any one of a wealth of biometric readers instead of a regular password.

Microsoft has been part of the alliance behind FIDO since 2013 and the group also includes Google, PayPal, Bank of America and various other leaders from the worlds of banking and technology.

The Pathway to Success?

A blog post accompanying the news, written by Dustin Ingalis, explained that Microsoft believes the FIDO authentication being discussed at the White House Cybersecurity and Consumer Protection Summit taking place at Stanford University "is the pathway to success".

Business users already have access to fingerprint scanners on a number of laptops such as the Fujitsu Lifebook U904 and Lenovo T440 and consumer interest in the technology has been cemented by the launch of Apple TouchID and Apple Pay.