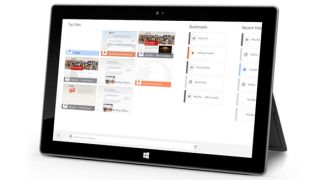 It seems the Modern UI version of Firefox for Windows 8 will remain in beta for at least another two months, contrary to previous expectations.

Mozilla has updated its official Wiki page for the "Metro" Firefox app with a new forecasted release on March 18.

The new version of Firefox, with a tile-based layout to match Windows 8's interface, has been in development at least since early 2012.

But delay after delay has caused the Modern UI Firefox app to stagnate in beta since September.

You beta believe it

In August, Mozilla expected to launch the Modern/Metro Firefox app with Firefox 26 by December.

Then in September the Windows 8 Firefox app was released through Mozilla's Aurora beta channel, but the full release version was pushed back to coincide with Firefox 27 in January.

Now Firefox 27 has been pushed back to February 4, and the new Modern Firefox pushed even further to launch with Firefox 28 on March 18.

Mozilla's position on Windows 8 has been wishy-washy since 2012, when Mozilla General Counsel Harvey Anderson blogged that Microsoft's newest OS marks a "return to the dark ages."

Guess Mozilla doesn't feel rushed to delve into the darkness.