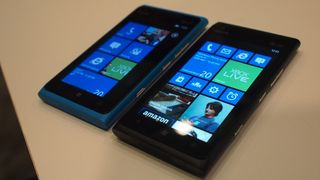 One feature of the Windows Phone 8 platform that Microsoft failed to mention at the launch this week was a central hub for notifications. That's because it doesn't exist, with Microsoft's Thomas Fennel admitting it wasn't included because the developers ran out of time.

While Microsoft's platform allows for notifications delivered through its Live Tiles system, there isn't a central hub to deliver notifications of all a user's important information.

For some applications that don't take advantage of Live Tiles, this leaves developers without a way to send users notifications.

A notification centre also helps users track older notifications that may be lost in among the more popular apps.

But it's also something that Microsoft is aware of and could potentially implement in future updates.

"It's very, very important to me… we get tons of feedback from developers that they want something like that as well. I promise we're thinking very, very hard on that one," Fennel admitted when questioned about the lack of a notification centre in WP8 at the Microsoft Build event.

It's obviously a long way from an official announcement, but it does seem likely Microsoft will push to incorporate the feature in future builds of the mobile operating system.