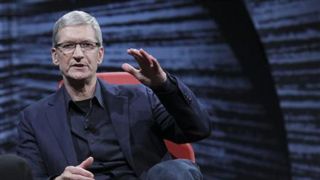 Apple's CEO Tim Cook has published an open letter to its customers, after the FBI invoked the All Writs Act of 1789 in its quest to get the tech giant to install a backdoor in the iOS code.

Apple has opposed the instruction to create a version of iOS that would allow the FBI access to the encrypted user data - insisting that this constitutes "an unprecedented step which threatens the security of our customers."

"...the U.S. government has asked us for something we simply do not have, and something we consider too dangerous to create," explained Cook. "They have asked us to build a backdoor to the iPhone."

The agency was seeking the code for a phone recovered in the investigation into the San Bernardino terrorist attack in December 2015.

"Specifically, the FBI wants us to make a new version of the iPhone operating system, circumventing several important security features, and install it on an iPhone recovered during the investigation," added Cook.

"In the wrong hands, this software — which does not exist today — would have the potential to unlock any iPhone in someone's physical possession.

"The FBI may use different words to describe this tool, but make no mistake: Building a version of iOS that bypasses security in this way would undeniably create a backdoor.

"And while the government may argue that its use would be limited to this case, there is no way to guarantee such control."

Cook asserted twice that he does not believe that the FBI are acting in bad faith, but you can understand the company's stance in wishing to ensure that a tool which could shatter customer security is not created.

"...ultimately, we fear that this demand would undermine the very freedoms and liberty our government is meant to protect," concludes Cook's letter.