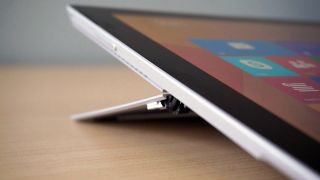 RIP Mini (for a while, anyway)

There was some disappointment at the lack of a Surface Mini reveal during yesterday's Surface Pro 3 event - it seems that Microsoft was preparing to show the smaller tablet off, but nixed it at the last minute.

According to sources speaking to Bloomberg, Microsoft intended to announce the Surface Mini at the same event but pulled it at the eleventh hour due to quality concerns, choosing to put all the focus on the Pro 3 instead.

CEO Satya Nadella allegedly thought that the Surface Mini didn't provide enough sparkle to differentiate itself from rivals like the iPad Mini and Nexus 7.

The Surface Mini was set to use Qualcomm's processors, sources said, instead of Intel architecture like the Surface Pro 3.

They added that all mentions of Qualcomm were also pulled from yesterday's big press event along with the Mini.

However, Microsoft could still deliver a Surface Mini in the future, according to one of the people. Sounds like it just needs to find that extra winning ingredient.