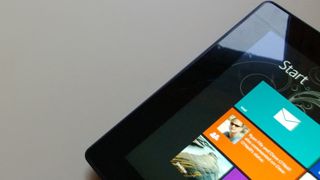 The Pro is beginning to slip into other markets

Microsoft is launching a supersized version – in storage, that is – of the Surface Pro in Japan next month, which will pack a not-too-shabby 256GB of internal.

It's the first time we've seen the Surface Pro with this titanic level of memory, which has existed in just its 64GB and 128GB versions until now.

Interestingly, the 64GB iteration won't be launching in Japan, which could be something to do with prior criticisms at Microsoft for providing just 28GB of actual usable storage in its 64GB Surface Pro. Perhaps 'soft has decided that the smaller model isn't enticing enough to buyers.

The Surface Pro has taken its time to make its way around the globe, but we expect more information about the future of the 256GB variant may surface at Microsoft Build at the end of June.

That said, we've still asked Microsoft whether a global rollout is on the cards, and will update the moment we hear more.