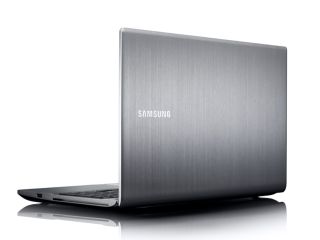 The Samsung Series 7 Chronos laptop range has been unveiled ahead of its IFA 2011 debut, complete with thin aluminium styling and high-speed action.

Rocking an Intel Core i7 quad core processor, the higher spec Chronos model (700Z5A) comes with a 15.6-inch screen size in a laptop body designed for a 15-inch display.

The slightly lower-spec Chronos 700Z4A has a 15-inch screen housed in a body made for a 14-inch screen, while its processor is an Intel Huron River Core i5 2467M affair.

Both versions come with Express Cache technology which uses an extra 8GB of flash memory on the motherboard to bring you a super-fast start up and zippy web browsing - hence the name, Chronos, which means time.

Graphics will enjoy an AMD Radeon HD6750M processor and 1GB of GDDR5 graphics memory and the whole caboodle is powered by an 8 cell battery.

Running Windows 7 Home Premium, you're looking at the following ports: HDMI, headphone and mic in, two USB 3.0 and 1 USB 2.0 plus a multi-card slot that can handle SD, SDHC, SDXC and MMC cards.

The notebooks certainly look the part, with a sleek aluminium chassis giving off a premium vibe and the slender waist coming in at 23.9mm (that's 5mm thicker than the MacBook Air's thickest point).

There's also intelligent backlighting for the keyboard, which uses an automatic sensor to dim or brighten it according to the ambient lighting levels.

Samsung is set to unveil the Series 7 Chronos laptops at IFA 2011 on 1 September, at which point we hope to bring you an indepth hands on, as well as the UK release date and pricing.

Check out what else Samsung got up to this IFA, with our handy video round up: