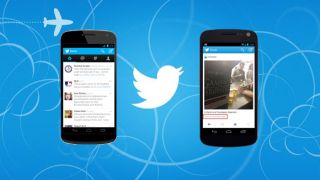 Twitter has been granted a patent for its "pull to refresh" feature. That's right, the one that everyone else already uses anyway.

It will be the first feature to utilise Twitter's Innovators Patent Agreement (IPA), announced last year, which means that any features designed by developers working for Twitter will stay in their hands.

Loren Brichter's "pull to refresh" feature is the first to get the IPA treatment, which was built into Tweetie, the Twitter app that was acquired by the company in 2010 and used as the official client.

But the agreement states that Twitter will only act on the patent for "defensive purposes", which means that it won't aggressively pursue anyone who has replicated the feature.

Twitter has taken this non-aggressive stance in the name of innovation, and assumedly not to waste loads of money in fruitless patent lawsuits.

"This is a significant departure from the current state of affairs in the industry," said Twitter's VP of engineering Adam Messinger when the IPA was announced last year.

"With the IPA, employees can be assured that their patents will be used only as a shield rather than as a weapon."