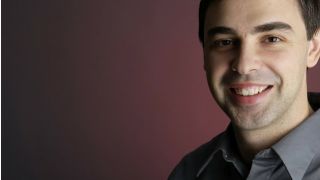 Google CEO Larry Page says that the company is 'still waiting' for Facebook to open up its users' data for use in other applications.

Speaking on The Charlie Rose Show over in the US, Google's CEO described the data situation between the two companies, which is strained at best:

"I think it's been unfortunate that Facebook has been pretty closed with their data," he began.

In a moment of rare hyperbole, Page warns, "You don't want to be holding your users hostage.

"From a user's perspective, you say I'm joining Facebook. I want my contacts. In Google, we said, fine. You can get them from Google.

"And the issue we had is that then Facebook said, no, Google, you can't do the reverse. And so we just said, well, users don't understand what they're doing. They're putting data in, and they don't understand they can't take it out.

"So we said, well, we'll only participate with people who have reciprocity. And we're still waiting."

Good luck with that. Since launching Google+ which is, essentially, GoogleBook, we can't see Zuck and friends falling over themselves to cooperate with the search company.

And here's a bonus comment for fans of stating the freaking obvious: Page admitted that he is "really excited" about Chrome being the world's most-used web browser (for now).