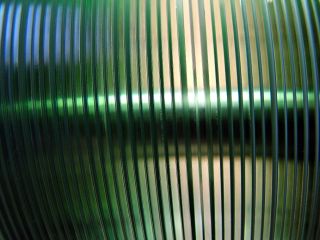 A regular audit of computer systems belonging to the South Australian police force has revealed hundreds of movies which authorities believe could well be pirate copies downloaded from P2P networks.

According to The Australian newspaper the problem is so rife that senior police sources within the force said no official investigation would be taking place because of the large numbers of police involved.

An internal email sent to senior officers and police management warned that the audit had "identified a number of instances where commercial DVD movies have been copied to the hard-drives of police computers which potentially had been burnt to blank DVDs".

"This practice is potentially a breach of copyright and misuse of SAPOL equipment," it said.

Under Australian law, a successful conviction for copyright infringement can lead to fines of up to £30,000 for each individual infringement. Corporations can be fined up to £150,000 per infringement.

In response, the Australian Federation Against Copyright Theft said that it would be writing to the SA police commissioner Mal Hyde to ask why no prosecutions were forthcoming.

However, torrent sites like Torrentfreak are taking great delight in the news that the enforcers of what they see as an “unimportant and meaningless” crime are to be essentially let off, adding that it sets a “favourable precedent” for other downloaders facing prosecution and the possibility of “vastly disproportionate penalties”.