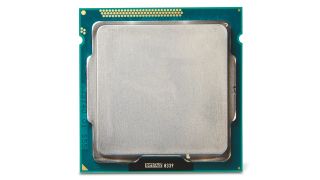 Ivy Bridge: what to look for from a new laptop or desktop

Intel's new Ivy Bridge processors are out. You can read full reviews of the Intel Core i5-3750K and Intel Core i7-3770K, the first two models in this brave new 22nm generation, on TechRadar.

Problem is, those are just two among a 15-strong launch line up that includes both desktop and mobile processors. Then there's Intel's baffling branding scheme, which makes about as much sense as an edition of Chaucer machine-translated into Swahili. But have no fear, TechRadar is here to unpick the intricacies of Intel's latest CPU family.

First the good news. On the desktop side, the new Ivy Bridge processors slot straight into the existing Intel LGA1155 CPU socket and therefore any motherboard thus equipped. Most motherboards will require a BIOS upgrade for compatibility.

But that's fairly straight forward these days. Simply check your board manufacturer's website for an update and instructions. As for laptops, socket spec is pretty inconsequential since home-brew upgrades are really on the menu.

Also making things a little simpler on the desktop side is the fact that the new Ivy Bridge models also fit into pretty much the same categories as the outgoing Sandy Bridge generation of Core i5 and Core i7 processors.

Those chips in full

From the top, we have the aforementioned Intel Core i7-3770K. It's a quad-core CPU with HyperThreading running at a base speed of 3.5GHz and a top Turbo speed of 3.9GHz. It also has 8MB of cache memory and a fully unlocked CPU multiplier for easy overclocking. If that sounds familiar it's because it's absolutely identical to the chip it replaces, the Intel Core i7-2700K.

For starters, Ivy Bridge chips are built using Intel's new 22nm production process. Smaller transistors usually make for lower power consumption and better performance. Intel says this is especially true of this latest 22nm node thanks to what is known as 3D Tri-gate transistors. The details are pretty techy, but the upshot is said to be better current flow and control.

The other big news is a majorly revised integrated graphics core. As we'll see, it comes in two versions and the most powerful, the Intel HD Graphics 4000, gets an extra four execution units for a grand total of 16. The entry level HD 2500 sticks with six units. However, both get a heavily revised architecture with support for Microsoft's DirectX 11 API.

That should ensure wider compatibility with games. However, even the more powerful HD 4000 model isn't really up to the job of proper gaming on the desktop. Even a cheap £50 graphics card will be much more effective. Things are a little different in laptops, but we'll come back to that in a moment.

Of more immediate relevance is the revised QuickSync video transcode engine that comes with both models of the HD Graphics adapters. The idea here is hardware acceleration of jobs like transcoding your favourite videos for use on a smartphone for instance. With QuickSync, preparing a full hour-long TV episode takes just a few minutes. Using a conventional CPU takes at least four or five times as long.

If that's the broader back ground to Ivy Bridge, this is how the range lines up. The aforementioned Core i7-3770K gets the HD graphics 4000 and goes for about £265. Closely related is the Intel Core i7-3770 which is identical save for 100MHz base clockspeed at 3.4GHz (Turbo remains 3.9GHz) and a locked multiplier, yours for roughly £240.

Then there's the Intel Core i5-3750K. It's still a quad-core model, but doesn't get HyperThreading so can crunch just one software thread per core instead of two. It also has the HD Graphics 4000 and that unlocked multiplier but is down on cache with 6MB. £170 should be enough for proud ownership of the 3750K. It's our choice if you're a gamer – the extra threads of the Core i7s don't help in games.

That's pretty much it for the mainstream desktop variety. There's a quartet of specialist low-power models with lower clockspeeds, but they're not terribly interesting on the desktop.

Mobile is where it's at

As our reviews have revealed, the first desktop Ivy Bridge chips haven't exactly blown us away with their raw performance – it's little changed from the Sandy Bridge generation. However, things look a lot more promising for notebooks. We've yet to sample an Ivy Bridge-powered portable, but the specs look great.

All the launch models are quad core, support HyperThreading and pack the HD Graphics 4000. The top chip is the Core i7-3920QM, which sports 8MB of cache and clocks in at 2.9GHz base and an astonishing 3.8GHz Turbo, making in nearly as quick as the best desktop variant. For the record, the old Intel Core i7-2960XM from the Sandy Bridge generation was a 2.7GHz / 3.7GHz chip.

As for which one to go for, we reckon they'll all be pretty similar in use with the exception of the 3612QM, which is the best bet for maximising battery life. And that's something we're expecting to see improve dramatically with Ivy Bridge thanks to those 22nm transistors.

What about those Ultrabooks?

What you may have noticed is that none of these first Ivy Bridge mobile processors are designed for ultra-mobile and therefore Ultrabooks, with the lowest power model weighing in at 35W for power consumption. Intel tells us we'll have to wait until June for an announcement involving Ivy Bridge chips for Ultrabooks.

That said, you can expect Apple to update their MacBook portables with the new chips pretty soon. Spotting them could be tricky thanks to Apple's unique processor branding, but the best guide will be clockspeeds. Keep in touch with TechRadar as we update with the latest Ivy Bridge-based portables!