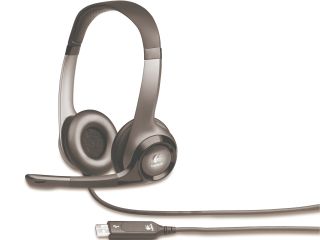 Logitech has announced the arrival of its H530 and H555 headsets, which boast of having crystal clear audio quality.

Both headsets feature support for super wideband audio, with the H555 optimised for use with a laptop.

And when we say optimised, they fold flat and can fit into your laptop case so you can talk on the go using Skype, Logitech Vid HD or whatever video app that takes your fancy.

When it comes to the H530, this headset has been laser-tuned for your aural pleasure. It has a 'pure digital' USB connection and also has on-ear controls for those who will be using the headset while listening to music, playing games, pretending to be Madonna...

The Logitech Laptop Headset H555 has a UK release date of July and will be available for £54.99.

The Logitech USB Headset H530 also has a UK release date for July and is priced at £44.99.

Go to www.logitech.com for more details.