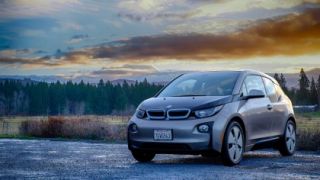 BMW will launch its new BMW Concept iX3 at the Auto China show this week after teasing its new all-electric vehicle on Twitter.

No other information was provided in the tweet, with a short animation confirming the name of the car and a new-look front grille.

The iX3 will be the third all-electric car from BMW, following in the footsteps of the i8 and i3 which were launched several years ago.

It's worth noting that it may be quite a while before the BMW iX3 actually hits showrooms though, as the 'Concept' part of the name suggests it's not ready for the road just yet.

We saw the same thing with Jaguar's I-Pace all-electric SUV - a direct rival to the iX3 - which was originally announced as a concept in November 2016, but only became official in March 2018.

The Auto China show runs from April 25 to May 4 in Beijing, with more details about the car - including what it looks like - expected to be revealed during that time.