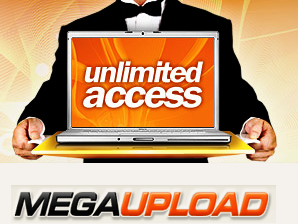 Having combed Megaupload's servers, prosecutors in the US have now said that all the company's data can be wiped in a process that could begin as soon as this Thursday.

Deleting all the data stored by the service could spell trouble and heartache for those users who stored photos, documents and other personal gubbins in the cloud locker rather than pirated films and songs.

The reason for the speedy deletion – aside from all the illegally shared movie and music files – is that Megaupload pays outside companies to store its users' data, but with its accounts frozen after it was shut down and its CEO arrested earlier this month, it hasn't been coughing up the necessary cash.

No cash means no incentive for the third party companies to keep hosting the content.

Megaupload and CEO Kim Dotcom's lawyers, however, are fighting to keep the data intact, saying that deleting the files will leave them less able to defend themselves in the upcoming court trial.

Oh, and something about protecting the data of the company's 50 million users too.

"We're cautiously optimistic at this point that because the United States, as well as Megaupload, should have a common desire to protect consumers, that this type of agreement will get done," said Ira Rothken, Megaupload's attorney.