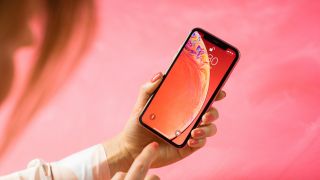 iPhone XR users on O2 are suffering from connection issues that cause a loss of signal several times a day.

The BBC reports that many customers have been unable to make or receive calls, send texts or access 4G data services.

Some have been told that a recent update to iOS is the cause of the disruption and that turning the device on and off will temporarily resolve the issue.

“We're working closely with our partners to resolve an intermittent issue affecting some of our customers using iPhone XR,” said an O2 spokesperson. “In the meantime we thank any customers affected for their patience.”

Apple has not confirmed whether a software update is indeed the culprit but did say that it would release a new version of iOS to resolve the issue.

“We are aware of an issue causing intermittent network connectivity affecting some O2 customers, and we will have a fix in an upcoming software release," a spokesperson told the BBC.

The company did not explain to TechRadar Pro why only iPhone XR users on the O2 network were impacted and whether the problems were affecting users of the device on any operator outside the UK.

A major O2 outage in late 2018, for example, was caused by a software update to Ericsson network gear that caused disruption for several operators around the world.

The iPhone XR was released in 2018 as a cheaper alternative to the then-flagship iPhone XS smartphone.