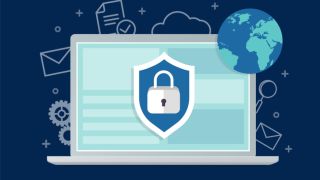 The WireGuard VPN protocol will be included into the next Linux kernel as Linus Torvalds has merged it into his source tree for version 5.6.

There is no set date for Linux kernel releases and being as version 5.5 was released this month, the next version will likely be released in a few months time.

The addition of WireGurd in the next Linux kernel does also not come as a surprise as the code had already been merged into Dave Miller's repository back in December. However, the code was just recently pulled into Torvalds' source tree.

While there are many popular VPN protocols such as OpenVPN, WireGuard has made a name for itself by being easy to configure and deploy as SSH. On its website, WireGuard's team explains what sets its protocol apart from others, saying:

“WireGuard has been designed with ease-of-implementation and simplicity in mind. It is meant to be easily implemented in very few lines of code, and easily auditable for security vulnerabilities. Compared to behemoths like *Swan/IPsec or OpenVPN/OpenSSL, in which auditing the gigantic codebases is an overwhelming task even for large teams of security experts, WireGuard is meant to be comprehensively reviewable by single individuals.”

The WireGuard protocol is a project from security researcher and kernel developer Jason Donenfeld who created it as an alternative to both IPsec and OpenVPN. Since the protocol consists of around just 4,000 lines of code as opposed to the 100,000 lines of code that make up OpenVPN, it is much easier for security experts to review and audit for vulnerabilities.

While WireGuard was initially released for the Linux kernel, the protocol is now cross-platform and can be deployed on Windows, macOS, BSD, iOS and Android.