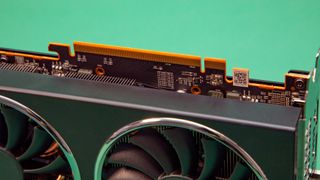 AMD has a seriously beefy Radeon Instinct MI100 pro-targeted GPU in the pipeline, which would seem to take its heavyweight (data center) cards to new heights, particularly in terms of power efficiency.

Details of the purported GPU were shared on Twitter by Komachi (who is the source of plenty of hardware leaks), and they are some eye-opening (claimed) specs, to say the least.

As Tom’s Hardware reports, the MI100 is supposedly based on Arcturus, a derivative of AMD’s Vega architecture, built on TSMC’s 7nm or perhaps 7nm+ process (although this, and indeed the above leek spec, are all just rumors and must be treated with caution as such).

Remember this is a GPU aimed at data center and heavyweight compute usage – the likes of AI applications – but seemingly we’re looking at something of a beast of a card with a 1,090MHz base clock and 1,333MHz boost, with 32GB of HBM2 memory on-board.

Potentially, if Arcturus does carry up to 128 compute units as has been previously speculated, we are looking at a GPU with 8,192 stream processors.

Furthermore, it will major in efficiency if the rumored 200W TDP is on the money – apparently AMD has been able to pull off some serious honing here, if that’s the case.

Remember that the Radeon Instinct MI50 and MI60 pull 300W, while offering 53 and 58.9 Tflops in terms of peak INT8 performance respectively. With the MI100, we could be looking at 100 Tflops plus, at two-thirds of the power usage, to give you an idea of how impressive this incoming GPU could be.

Again, we should underline that it is just an idea, and that 200W leaked figure is based on a prototype board – things could change between now and the actual release of the MI100.

While this is a data center product, as mentioned, if these power efficiency improvements do come to fruition as the rumor mill suggests, it’s definitely interesting to see how well AMD seems to be doing in optimizing along these lines – and hopefully that will be reflected in other products, like consumer GPUs, going forward.

The purported MI100 GPU still has its work cut out in terms of the competition, though, with Nvidia’s Tesla solutions now beefed up with Tensor cores. The Tesla T4 boasts 130 Tflops (INT8) with a 70W TDP, and was a huge power efficiency leap (in the order of 12x) over the previous gen, to give you some perspective.