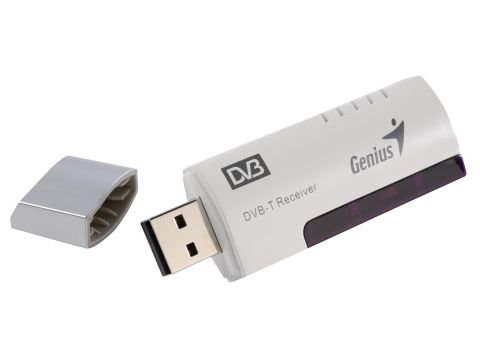 It looks great - but that's meaningless if it doesn't do the job.

Flawed beauty. One to ignore

PCI TV tuners may have the best performance, but you can't beat the USB models for all-round cuteness. The TVGo DVB-T02Q is an attractive, highly portable tuner that has a tiny remote and an antenna, although as usual you won't see very much without connecting it to a rooftop aerial.

Installation is straightforward as long as you read the manual. You're supposed to cancel the standard Windows request for a driver when the tuner is connected and install its software from the CD provided. Yet once you've done that and launched the program, it pops up immediately and starts scanning for channels. The process took a little longer with most of the competition, but eventually it was finished and we were ready to try out the TV viewing software.

Once the tuner is installed and set up, you watch television through a simple application called TVGo. This looks much like a typical DVD player package, featuring a console with the basic controls (stop, pause, play, record and so on), and icons leading to more involved functions. Involved functions? Well, maybe not.

You can turn timeshifting on (it's not working by default), save frames, or turn off your sound, say: nothing special there. There's also another pointless channel preview function that shows you, very slowly, what's on some of the other channels.

More worryingly, arguably the most important function, the EPG, didn't work - on any channel. You can schedule recordings if you know when they're on, but this is still an inconvenience. The tuner isn't particularly cheap, doesn't support analogue TV or have any other redeeming feature beyond its looks and portability. We'd recommend you look elsewhere.