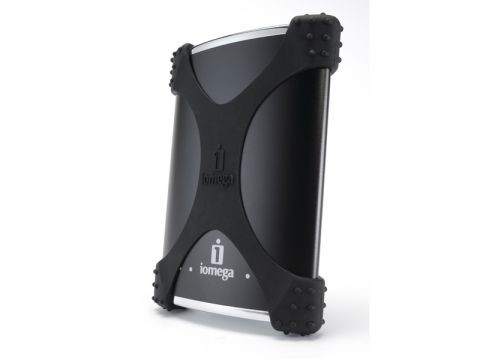 A nice idea with the design to back it up, but its questionable whether the 'Blackbelt' is really needed

The eGo BlackBelt is so called because it is straddled by – you guessed it – a black belt. Preposterously, the black belt is called the Drop Guard Xtreme.

Aside from this affectation – a rubbery, X-shaped contraption that makes the drive look like it's wearing some kind of fetish armour – this is the same as a bog standard eGo: a 250GB, 5400rpm Seagate drive stuffed inside a very attractive shell, bundled with EMC's Retrospect back-up software and an account on the MozyHome online back-up service.

Whether the additional skin makes an awful lot of difference to the protection of the hip flask shaped drive is a little contentious; it's going to stop the corners chipping if it's dropped, but we sincerely doubt that enough impact will be absorbed to completely protect the spinning drive inside.

At the same time, you're highly unlikely to use this drive in a situation where it may be dropped while still active.