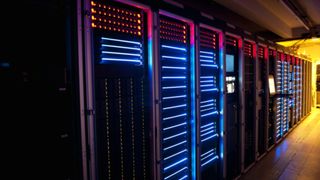 Back-up before it's too late

With catastrophic data losses from major companies appearing almost cyclically in the tech headlines, the issues around data protection are becoming increasingly prevalent.

However, it's easy to forget that these issues affect the everyday user just as much as they do they major corporations, with priceless, personal information on our mobiles and computers being at risk.

We spoke to Paul Le Messurier, programme and operations manager of data recover specialist Kroll Ontrack to find out how data loss disasters can be averted.

TechRadar Pro: We hear so much about data loss in the press, but why how concerned should we really be?

Data loss impacts everyone and there's a lot to lose from a financial and personal perspective.
Our recent study reveals the average cost of data loss to companies per year is over £2million and most companies never fully recover if data isn't restored in 10 days. 50% of businesses go bust within 5 years.

Can you imagine the impact that has on SMEs, start-ups and freelancers? Data has value, and we need to safeguard it – the same way we do with our physical possessions - like our tablets, phones and computers. We buy insurance to prepare for the worse but we need to protect data by backing it up too. Why put yourself at risk?

Paul Le Messurier: Can you put a price on data? How desperate are people to get it back?

Businesses obviously value their data – losing it can damage their reputation and their profits, Our research found that the financial cost per breach for corporations is increasing in the UK compared to other regions because of regulatory requirements and penalties. The NHS Surrey, for example, had to pay a £200,000 fine in 2013 as a result of just one data breach.

But individuals also have strong attachments to data. When a phone gets lost, it's not the phone that's mourned. Usually it's insured and more chances than not people will even get an upgrade when they go into the shops to get a replacement phone.

What causes grief is the loss of all those apps and emails and financial information; the precious photos of a new baby; the sentimental amateur videos.

A recent survey by one company tried to put a price tag on personal data by asking phone theft victims how much they'd be willing to spend to get their stolen data back. 50 per cent of phone theft victims would be "somewhat likely to extremely likely" to pay up to $500 to retrieve their stolen data. Over 70 per cent said they would even resort to vigilantism to get it back!

TRP: What are the main causes of data loss?

PLM: According to our research, 67 per cent of data loss is caused by traditional hardware failure from hard drives. Despite the recent rise in popularity of SSD technology, only 13 per cent of UK users reported data loss from SSDs. Only 5 per cent lost data from their mobile device.

TRP: Are you surprised by the findings?

PLM: Not really. HDDs aren't more failure prone, there's just a lot more out there than other storage devices. What is surprising is how many people still forget to back up data - despite the fact that crashes do happen and data loss is a subject that's frequently a news item in the media.

TRP: Is data safer in a virtual environment?

PLM: In theory, yes, but obviously there are still causes of data loss. With virtualisation, you get different levels of hardware and software and things get very complex.

If one of those layers malfunction or a disk crashes, they need to be rebuilt or fixed. This can lead to further damage when trying to repair the malfunction and something goes wrong in the process.