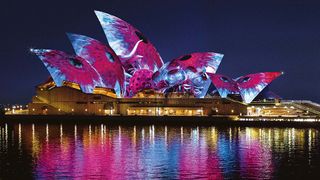 Australia’s National Broadband Network (NBN) has been a controversial endeavour ever since its inception.

Originally conceived as a full fibre to the premise (FTTP) network covering the vast majority of the country, with Fixed Wireless Access (FWA) and satellite technologies filling in the gaps, the project has been subject to considerable delays and budgetary issues.

Long before BT committed to a “fibre first” strategy itself, the company liked to use NBN as an example of what can go wrong with a full FTTP deployment and why fibre to the cabinet (FTTC) was the most cost-effective and rapid rollout method for superfast broadband.

The challenges of delivering the ambitious vision of full fibre infrastructure to a country as vast and comprising so many different geographies as Australia was eventually recognised and NBN has since adopted a ‘mixed technology’ approach.

This means fibre to the distribution point (FTTdp), which uses coper for part of the connection, can be used. Meanwhile, speed targets have been eased to aid rollout,

“Our penetration target is 100 per cent of Australia and we are mandated [by government] to do that,” Ray Owen, NBN CTO, tells Broadband World Forum (BBWF) in Berlin. “We have to get 25Mbps to every Australian by 2020 and 50Mbps to 90 per cent.”

To date, NBN has passed 63 per cent of this target and 4.5 million premises are connected to the network through wholesale partners like Telstra and Vodafone. More than half of customers take a package with speeds of 50Mbps or faster and data consumption has risen by seven and a half times since 2012.

The vast majority of NBN customers are connected via FTTP or fibre to the node (FTTN). FTTN describes any connection method which uses copper for part of the connection, but whereas the UK makes use of FTTC, Owen explains NBN tends to use fibre to the distribution point (FTTdp).

FWA customers, who are connected via 4G technology, have similar usage patterns to fixed line users. However, satellite companies consume significantly less data because of the restrictions of the technology

“Our satellite service has a fair use policy above 300Gbps,” says Owen. “We have two satellites and we have to manage capacity, but it’s the only [fair use policy] we have.”

The ongoing priority for NBN is to meet its coverage requirement, but Owen is turning his attention to what can be done after this target is met.

“What do we do when we get to the end of connecting everyone?” he asks. “That’s why we have a technology path.”

Specifically, NBN plans to enable gigabit broadband through the introduction of more fibre into its network and the use of G.Fast to speed up copper connections. The aforementioned issues with satellite mean it is most useful in truly remote areas with no alternative, so what role can 5G have in enabling this vision?

However, some in Australia have suggested that NBN is actively ignoring 5G because commercial networks from mobile operators present a challenge to NBN’s business model.

Retail broadband providers have complained the narrow margins on NBN-powered services are making the idea of promoting 5G FWA as an attractive option, while some ISPs already offer converged modems that can access both fixed and mobile networks.

There have been accusations that NBN is not taking this threat seriously, with just one mention of 5G in its 192-page annual report, while the Australian Competition and Consumer Commission (ACCC) has said it will not protect NBN from competition.

“We have an interesting dynamic developing in Australia between the mobile networks and the NBN,” said Rod Sims, chair of the ACCC.. “We are currently seeing some operators offering consumers hybrid modems with their NBN connection, where data traffic can be directed over the mobile network rather than the NBN.

“This is just a small step towards operators favouring their own mobile networks over the NBN, but will we see it go further? What we must never do, however, is seek to restrain others in order to protect the NBN business model. This would be a disaster for consumers.”

It is however accepted that heavy users will always rely on a fixed connection, but analysts and regulators believe that at the lower end of the market, mobile operators could make gains by offering a 5G-powered home broadband service.

NBN has dismissed the threat of 5G, arguing its priority is to complete the NBN network by 2020 and that it already fends off competition from 4G services.

“We have always forecast that around 2 per cent of homes will be either mobile-broadband only homes or will be vacant and take no fixed-broadband service – and that is exactly what is happening on the ground.

“We see no material reason to change our current position and are still on track to have 8 million activated premises on the NBN network by 2020. The reality is that even with nationwide high-speed 4G available that fixed-broadband networks – including the 4.4 million homes and businesses on the NBN network - are still carrying around 97 per cent of all Internet traffic in Australia with mobile carrying the remainder.

“The NBN network will deliver Australian homes and businesses a great fixed-line connection capable of delivering both high speeds and massive data volumes whilst 5G will deliver high-speed mobile connectivity outside the home.”

For now, it seems, the NBN’s interest in 5G is limited to how it can improve its FWA service once this 2020 coverage target has been met.