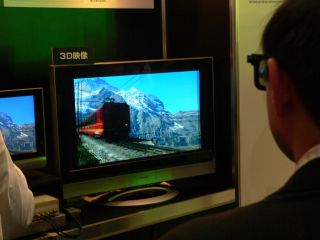 The third dimension, but without the specs

If you've ever seen a 3D display you'll know that they usually hampered by those silly glasses you need to wear and a low, usually slightly blurry, resolution. Not any more.

According to reports coming from Japan, NEC LCD Technologies is on the verge of commercialising a new 3D screen that both does away with the specs and maintains the high resolution of normal LCDs.

It does so by using a layer above each pixel that changes the direction of the light coming from it so that separate images can be beamed to either eye of the observer.

On top of that trick, NEC has also managed to rearrange the pixels to keep a resolution comparable to non-3D LCDs.

The first of the new displays are expected to be 12.1-inch models due out next spring for use in gaming and medicine. Smaller 3.1-inch 3D screens for portable TVs are likely to follow soon after.