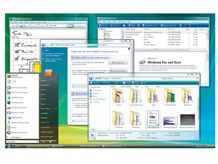 Windows Vista doesn't even merit a mention on the roadmap

If you're just getting used to Windows 7, then it may be time to pull out the diary and pencil in a date in 2012 for the upgrade to its successor, unsurprisingly codenamed Windows 8.

The news that the next version of Microsoft's flagship operating system will arrive in 2012 comes from the Microsoft Kitchen fansite, which has obtained a roadmap showing the Redmond giant's plans.

While the roadmap is almost certainly the genuine article, the fact that Windows Vista doesn't even appear on the diagram suggests it's aimed at the enterprise IT buyers and has a point to make in making Microsoft look reliable and punctual with its OS releases.