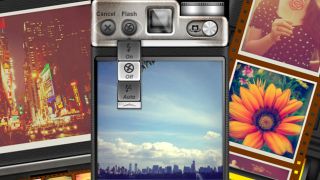 Was Vintage Camera's real crime being too similar to Instagram?

Facebook has today been accused of unfairly favouring Instagram after banning photo uploads from a popular rival iPhone app.

The makers of Vintage Camera, which like Facebook-owned Instagram allows users to add retro-style filters to photos, were recently shocked to hear the social network had restricted uploads from the app.

When developers Presselite appealed, Facebook cited "negative feedback from users and their friends" and said it would not be restoring functionality to the app, which has an estimated 8 million users.

The ban, according to Presselite, is despite Vintage Camera receiving only one negative report per 1,000 images the community of users had uploaded.

The French company suspects foul play and suggested that Facebook may be seeking to eliminate rival services that may potentially pose a threat to Instagram.

Co-founder Antoine Morcos said in a statement: "We don't understand how Facebook could block the access to millions of users of the Vintage Camera application who want to share their photos on Facebook, only because of a few negative feedback reports

"As you all know, Facebook has acquired the Instagram photo-sharing application, and we hope this acquisition is not influencing this kind of access limitation for other photo applications."

In response, Facebook told the BBC that Vintage Camera had been subject to several warnings before its access was restricted and had chances to fall in line with its policies.

The social network said: "Pending on the violation, we give developers an opportunity to come into compliance via a warning system.

"In the case of this application, the application was not in compliance with our platform policies and had received three warnings prior to our systems taking action on the application."

TechRadar asked Facebook for further clarification and will update this story if and when a response is forthcoming.