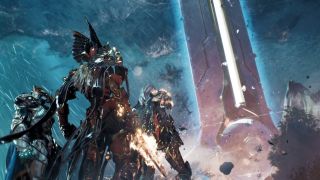 When it comes to the PS5, Sony may not be ready to show off what the next console looks like or reveal its cost just yet, but the company is not remaining completely silent.

In a recent interview with Japanese magazine, Dengeki PlayStation (via Siliconera), Sony Interactive Entertainment Head of Independent Developer Initiative, Shuhei Yoshida, was willing to discuss the upcoming console and what it means for developers.

According to Yoshida, the PS5 is being lauded by developers for the ease of development it offers. According to a translation of the interview, developers have said that creating software on the PS5 is “easier than ever”.

This marks a change from the days of the PS3's architecture, which was notoriously difficult when it came to development. In the interview, Yoshida himself states that the PS3 era was the “toughest period” for the company and that it “really made the difficulties of game development stand out”. While the PS4 offered a marked improvement, it’s no doubt been welcome news for developers that the PS5 aims to offer a better experience again.

While making the console more accessible for developers to work with when it comes to creating their games doesn’t mean we can expect studios to pump out a new title every week, it does mean they can spend more time on developing their games and less time on working around hurdles posed by hardware.

Sony’s next generation PS5 is scheduled to launch in late 2020 and while we don’t know what the console will look like just yet, a recently announced launch title Godfall has given us a glimpse of what it will be able to do. We’re anticipating that as we roll into the console’s launch year we’ll begin to see and hear more.