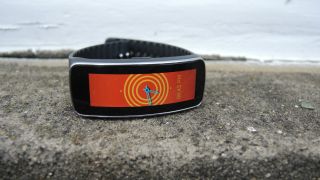 Fit as a fiddle

Considering Samsung could barely give the Galaxy Gear away, it is heartening news to hear that it has apparently sold out of its Gear Fit fitness band in the 10 days since it went on sale.

A Korean paper, MK News, says that the company made between 200,000 and 250,000 units, and they're all sold out - however, it does still seem to be on sale so this is more likely to be referring to shipments rather than in-store sales.

Samsung is reportedly busy whipping the hamsters that run in the wheels that power the machines that make the Gear Fits to help meet demand.