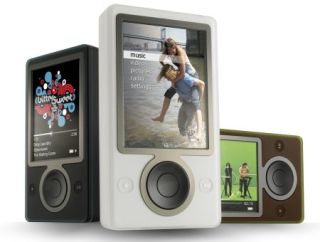 The Zune has had its fair share of problems since Microsoft announced it. Now it's got a bit of an issue with its new firmware which was supposed to be released by "mid-March." However it's not. And the contents of the update are hardly inspiring, either.

The firmware is fixing some minor issues experienced with the hardware, notably the skipping problem that some Zune owners were experiencing, as well as improving the reliability of the software - especially when it comes to synchronising music.

The new update will also change the driver for the FM tuner so that it doesn't drain the battery when the device is asleep. Yet the new update is underwhelming and doesn't bring any new features.

Cesar Menendez of the Zune Insider blog asked the Zune's product manager when the update would be released and got the following response:

"Hey C, I know all of your blog readers are eagerly looking forward for the release of the Zune 1.3 Update.

"I feel their anticipation on the update, and I am very eager to get this out to all of them... I can't comment on the exact date just yet, but it will be soon, as it's in the final testing and processes to get released."