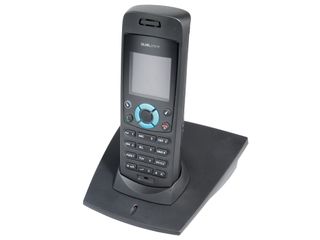 Skype has now been downloaded half a billion times. But how many of those downloads are by active users? The P2P service says it has 171 million registered users worldwide, but nobody at Skype wants to say just how many of them are making calls.

When we asked a spokesperson to clarify he eschewed the question, commenting only on the 171 million-strong userbase.

In a speech last August, Windows Live 's George Moore claimed Messenger has twice as many peak users as Skype, at 20 million. Indeed, it's known from the Skype client's user statistics that Skype's peak is around 8 million.

But even though users are online with the service, it doesn't mean they are making calls. And Skype's decentralised methodology means it's hard to find out just who is. However, statistics released to celebrate reaching the 500 million download mark show that over 7.6 billion minutes were made in the last quarter of 2006. Doing the math, that's about 950 minutes per peak time user.

Skype recently announced the SkypePro subscription service as well as other calling packages. In September 2005, Skype had only 54 million registered users compared to the current 171 million.