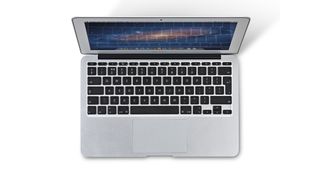 Intel is claiming a surge of more than 50 2-in-1 devices powered by its new Haswell Core Processor family are ready to hit the market.

Tom Kilroy, Intel's Executive VP, claimed at Computex that the devices are coming from manufacturers at a number of price points, including premium Ultrabook 2-in-1s.

The company rates it as the biggest step it has taken in the power efficiency of its PC processors, providing a 50% increase in battery life in active workloads. The power consumption target has been cut from 35 to 45 watts on its previous mobile processors to just 10 to 20 watts.

Kilroy said there is more to come for tablets with Intel's 22nm quad-core and Intel Atom system-on-chip, codenamed Bay Trail-T.

Early movers with Haswell include Acer, with Aspire S7 and S3 Ultrabooks, due to hit the market in July.

Toshiba is launching its Satellite P Series laptops, while Dell has come in with the announcement of the Latitude E6540 laptop, with XP 12 convertible laptop, claiming that the latter will increase its performance by 63% and gain more than two hours of battery life to more than eight hours.

It is also planning to release the XPS all-in-one PC, XPS 8700 desktop and OptiPlex 9020 desktop.

There were also reports beforehand that Apple would include Haswell in the update of its 13-inch MacBook Pro.